Chamber Gate 2011: What the Chamber Knew

11/16/10 – An email from Aaron Barr suggests that the security firms have had direct contact with the U.S. Chamber of Commerce.

According to the Washington Post, “Some of the emails, which were highlighted by the liberal Web site ThinkProgress, seem to suggest that the chamber had been apprised of the efforts” of the security firms. In a November 16th email from Aaron Barr of HB Gary to Patrick Ryan and Danielle Berti of Berico Technologies, Barr reports that speaking “directly” to the client, the U.S. Chamber of Commerce, “has already happened although we are under no contract.” [Washington Post, 2/15/11; Email from Aaron Barr to Berico Technologies, 11/16/10]

11/16/10 – An internal memo from Team Themis indicates that Hunton and Williams will be “presenting to the client” at a “23 November meeting.”

A November 16th, 2010 internal memo by Team Themis says that at a “23 November meeting,” “Richard [Wyatt, the lead Hunton and Williams partner] presenting to client” and that Team Themis wanted to have a member present at the meeting.  According to the memo, “This should be a non-salesy pitch for the full capability we’re offering – USCC sees tons of intel reports, this has to be something different.”  [Team Themis internal memo, 11/16/10]

11/29/10 – Team Themis email suggests that their mockup intelligence reports are “examples” of what H&W partner Bob Quackenboss “is pitching to the Chamber.”

In a November 29th email from Sam Kremin of Berico Technologies to Aaron Barr of HB Gary concerning mocked up intelligence reports, Kremin writes, “Also when I give these to Bob [Quackenboss of Hunton and Williams] I will emphasize that these are just examples of to give him an idea of what is pitching to the Chamber.” [Email from Sam Kremin to Aaron Barr, 11/29/10]

1/9/11 – Team Themis adjusts its pricing “based on our newly acquired understanding of what H&W is getting from the Chamber.”

In a January 9, 2011 email from Pat Ryan of Berico Technologies to the rest of Team Themis recounting a conversation with Bob Quackenboss of Hunton and Williams.  In the email, Ryan writes:

I got a message late Fri evening from Bob Q’s secretary requesting a conference call on Mon at 10am to discuss the way ahead for the Chamber effort.  Not sure exactly what the agenda/points of discussion will be, but I’d like to be prepared to give him a pretty solid pricing quote (if he asks).  In my last discussion with him, I told him all of the partners had agreed to lower our cost to be more in line with what they’re currently getting from the Chamber.

We’re working up a spreadsheet and brief doc now that will essentially be a FFP w/ level of effort and break down both services and licensing fees based on our newly acquired understanding of what H&W is getting from the Chamber.  I’ve already spoken briefly with Aaron about rates/pricing and I think we’re pretty much in agreement, but I need to include a proposed price for the Palantir licensing fees as well.  [Email from Pat Ryan to Team Themis, 1/9/11]

2/3/11 – An email states Pat Ryan’s “very clear understanding” “based on multiple conversations” that Team Themis was going to be paid for their Preliminary work.

In a February 3, 2011 email from Pat Ryan of Berico Technologies to the rest of Team Themis titled “Team Themis Update,” Ryan writes,

Despite earlier conversations with John Woods (and/or Richard), H&W is unable/unwilling to pay any fees/costs to us for the “Phase I” demo build-out. Bob Q was under the impression we were willing to do this work at risk and then present jointly with H&W to the Chamber. I was very clear in telling him we had a different understanding based on multiple conversations with others at H&W. At the end of the day, though, they are at a point now where they won’t commit any funds to this project until we’ve helped them earn buy-in from their Client (the Chamber). [Email from Pat Ryan to Team Themis, 2/3/11]

2/3/11 – In the same email, Ryan says the “Iranian shipping demo” was “what sold the Chamber in the first place.

In a February 3, 2011 email from Pat Ryan of Berico Technologies to the rest of Team Themis titled “Team Themis Update,” Ryan writes,

Work as joint team to build 5-10 min demo (along the lines of the Iranian shipping demo – which is what Bob Q said sold the Chamber in the first place – great work Sam!). [Email from Pat Ryan to Team Themis, 2/3/11]

2/3/11 – Also in the same email, Ryan says H&W believes there is a “high likelihood” that the U.S. Chamber will accept the proposal.

In a February 3, 2011 email from Pat Ryan of Berico Technologies to the rest of Team Themis titled “Team Themis Update,” Ryan writes that Bob Quackenboss thinks there is a “high likelihood” that the Chamber would accept the proposal.

Bob apologized for the confusion/misunderstanding and said he thinks there is a high likelihood of selling the Chamber on this, but asked that we be willing to share the risk with H&W up-front. [Email from Pat Ryan to Team Themis, 2/3/11]

2/14/11 – The same email states Team Themis was scheduled to provide a joint demonstration with Hunton and Williams to the Chamber on Fenruary 14.

In a February 3, 2011 email from Pat Ryan of Berico Technologies to the rest of Team Themis titled “Team Themis Update,” Ryan writes about the path forward with the U.S. Chamber and Hunton and Williams.  Ryan writes that point 3 in his course of action was,

Brief demo to the Chamber on 14 Feb (or potentially a few days later…based on confirming schedule for meeting with Chamber). [Email from Pat Ryan to Team Themis, 2/3/11]

The U.S. Chamber and BP

BP spent hundreds of millions of dollars over the past decade burnishing its “Beyond Petroleum” image, partnering with the National Wildlife Federation to sell stuffed bears in BP gas stations and making minor investments in solar energy. But the disastrous explosion in the Gulf of Mexico, which cost 11 workers their lives and brought the region’s environment to the brink of ruin, has exposed more than its regulation-flouting drilling behavior.

It has also exposed BP’s long-standing ties to the U.S. Chamber of Commerce – the organization that is leading the charge against making oil companies pay for environmental damage, fighting climate change legislation and lobbying to reduce regulations on off-shore drillers.

And now, while BP has just promised to set aside $20 billion to pay for damages from Gulf disaster, it still belongs to the U.S. Chamber, which is an outspoken advocate of limiting oil firms’ ultimate liability.

The U.S. Chamber vs the Facts

It’s not often that a high-ranking official in any administration or political party feels compelled to single out a lobbying organization for lying. But earlier this year, Deputy Treasurer Secretary Neal S. Wolin strode into a U.S. Chamber luncheon and condemned his host for its $3-million campaign to defeat financial reform.“The Chamber has every right to oppose those policies with which its members disagree,” Wolin said, “but the chamber also has an obligation to be honest with you, its members, and with the American people.”

Citing the U.S. Chamber’s multi-million-dollar scare campaign claiming small businesses like the local butcher who offered store credit would be overwhelmed with new regulations, Wolin charged the U.S. Chamber with deliberately misrepresenting the proposed Consumer Financial Protection Agency. “Opponents have painted a terrifying picture where every corner store is subject to the long arm of the consumer financial regulator,” he said. “That is not true.” 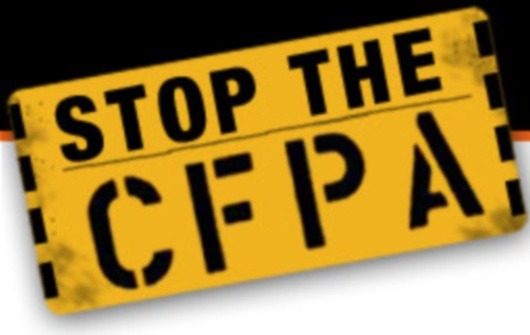 Despite this high profile plea for restraint, U.S. Chamber CEO Tom Donohue was back in the public square a few weeks later with new distortions of Wall Street reform. He claimed in a USA Today op-ed column that “small business” was being asked to “bail out Wall Street again” by a Congress that “wants to prop up failing businesses with a $50 billion fund.” The nation’s largest newspaper called such statements “Orwellian doublespeak.” “No taxpayer money would be involved,” the editorial said. The Chamber aslo vigorously opposed the Consumer Financial Protection Agency (CFPA), launching a “grassroots” campaign to “Stop the CFPA,” which it called a “big, new, expensive government bureaucracy.”

After mischaracterizing health care reform during the debate,  the U.S. Chamber compounded its errors after the bill  was signed into law. Beforehand, the U.S. Chamber ran ads claiming the legislation would add over a half trillion dollars to the U.S. deficit. Not so, said the University of Pennsylvania’s Annenberg School for Public Policy’s FactCheck.org, which pointed to the Congressional Budget Office study showing the legislation would actually reduce the deficit by $138 billion over ten years.

To whip up support for the U.S. Chamber’s $50 million campaign to weaken health care reform after its enactment, CEO Tom Donohue sent a letter to his entire executive board warning that the legislation would result in 16,500 new IRS agents prying into every small business’ books to ensure compliance. “Wildly inaccurate,” said FactCheck.org, “a partisan analysis based on guesswork and false assumptions, and compounded by outright misrepresentation.”

In distancing themselves from the truth, U.S. Chamber officials in unguarded moments sometimes blurt out the most outlandish things. In August 2009, U.S. Chamber senior vice president William Kovacs called on the Environmental Protection Agency to stage a “Scopes monkey trial of the 21st century” on the science of global warming, which has been embraced as conclusive by every mainstream climate scientist. “It would be evolution versus creationism,” said Kovacs, “it would be the science of climate change on trial.”

Within days, the U.S. Chamber was forced to disavow those comments, but not its opposition to the EPA regulating carbon. Noting that “the availability of air conditioning is expected to continue to increase,” the U.S. Chamber’s lobbyists asserted that climate change might even be a good thing.